Onepark is a France-based mobile app and online car park booking platform. Onepark lets customers compare, book and pay for the parking space at more than 2000 car parks, in 275 cities throughout Europe. 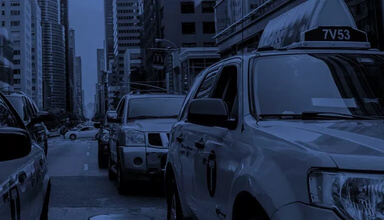 " DataArt has found the right way to integrate into Onepark’s startup environment and to speed up delivery focusing on important tasks and reducing time to market. I strongly recommend DataArt to any company that needs a reliable technology development partner.  "

Onepark is a France-based mobile app and online car park booking platform that lets customers compare, book and pay for the parking space at more than 2000 car parks, in 275 cities throughout Europe. The app provides travelers with access to public car parks as well as private lots belonging to hotels, companies and buildings, thus making a wider number of parking spaces available.

The company was found in 2014 and has since grown rapidly.

While Onepark expanded into new business areas and markets, their existing application became expensive in support, and the company’s maintenance costs grew significantly.

Moreover, to accelerate its growth in Europe the client needed a new point of sale and customer service platform. Onepark selected DataArt as a technology partner that could upgrade their legacy system and build a modern mobile application.

The solution design phase allowed to revise the client’s technological landscape, as well as the business process.

The implementation started by migrating the monolithic application written on Ruby onto Micro-Services Architecture, leveraging node.js and React Native technologies.

Apart from that, DataArt built an API layer that became the groundwork of the new Onepark platform and a new mobile application for iOS and Android.

Integrations with external modules, such as CRM, Payment Services and other third-party integrations are now possible due to the improved asynchronous Event Bus System

Apps for iOS and Android were well-received by users (5.0 rating on AppStore and 4.5 on Google Play)

A new Payment Service that will allow for an increased number of partners and clients, as well as a distribution API that will let new suppliers connect, opening an additional revenue stream