Try Before You Buy: Firms, Vendors Employ Proofs of Concept

Technology vendors were once loath to give away their ideas for free. Financial service firms were similarly unwilling to invest in a project that might be a sunk cost. However, attitudes are changing, and it is now standard for companies to pay for proofs-of-concept before beginning a relationship.

Alexei Miller of DataArt contributes to the article. 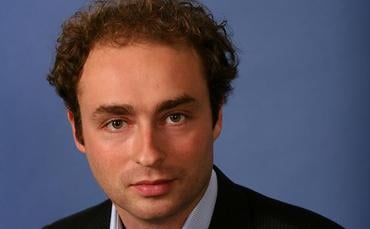 “It’s an industry for the brave,” says Alexei Miller, executive vice president at custom software developer DataArt. “If you wanted a stable job and guaranteed pension, you wouldn’t be working at a hedge fund, or starting one for that matter. Smart investors always buy when everyone else is selling. So there’s this whole psychology of taking risks that they understand very well. When you talk to IT at a hedge fund about a technology project and you frame it in terms of risk, it’s something they instantly understand, even if it’s not a traditional financial risk. They have a brain that’s wired for this.”

DataArt’s clients, mostly mid-sized hedge funds, have approached Miller requesting new, interesting solutions. They are sometimes vague on specifics. A common request is to allow portfolio management on mobile devices—a proposition driven by traders who want to manage customer accounts on the train ride home. DataArt builds them a prototype in its Russian and Ukrainian research and development facilities over 10 to 15 days, at a cost of $10,000 to $20,000. The client tests it for two weeks to determine if it embodies what they imagined.

That kind of money doesn’t buy a finished product, Miller says, but the prototype is advanced enough to answer some questions, which often revolve around security. For example, can only authorized users access the portfolio? What if a trader leaves a mobile device — such as an Apple iPad — on a park bench? Does the data stay available if the application isn’t being used?

Another common inquiry, this one spurred by the back office with a nervous front office in tow, is about moving data to the cloud. Clients want to know how much it will save them and what the risks are. Miller anticipates that cloud questions will dominate 2012 as financial services businesses slowly embrace the possibilities.

In general, he says, IT departments are filled with creative, curious people who are optimistic about the potential of technology to solve their problems, even if they don’t know exactly what technology they should employ. Security is the number-one speed bump in their drive for new and innovative solutions.”