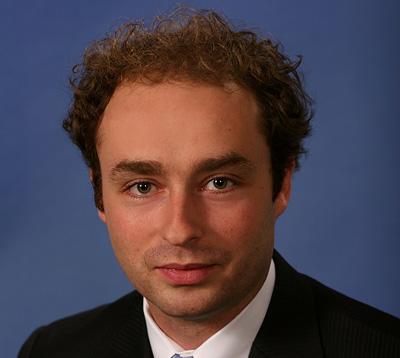 In this exclusive report, Anthony Malakian of Buy-Side Technology covers the partnership between DataArt and 10gen, a MongoDB company, and speaks with Alexei Miller and Oleg Komissarov on its benefits for DataArt clients.

“Software provider DataArt is teaming with 10gen, which develops the MongoDB NoSQL open-source database, to tackle challenges related to big data and the aggregation of data. The first result of this pairing is a reporting solution for the proposed Open Protocol Enabling Risk Aggregation (Opera) industry standard.

"We're showing how you can deploy open-source, big data technology—MongoDB in this case—and apply it creatively to some of the more technically complicated development tasks that trading and portfolio management shops are facing," Miller says.

The first solution to be rolled out is a risk reporting suite for Opera, which will be made available for free to clients. 10gen and DataArt will showcase the solution at Sifma Tech in New York on June 18-19. In May, when DataArt released its free Form PF solution, it hinted that it would look to address Opera challenges, as well as those relating to Form CPO-PQR for commodity pool operators, the Alternative Investment Fund Managers Directive (AIFMD), and the Foreign Account Tax Compliance Act (Fatca).

Oleg Komissarov, senior vice president at DataArt, says building the back end of this new system took about two weeks, while the front end took about three weeks. Partnering with 10gen was not the original plan, he says, but after a trial period that included other open source providers, MongoDB performed the best.

"It was not our original idea to use Mongo," Komissarov says. "We tried several companies, but we had a very good experience with MongoDB and working with their technology. Mongo provides a free version. To build complex functionality, you can just download it and have it running in minutes. In the end of our experiment, we saw that the best performance, surprisingly, was achieved with Mongo and with the simplest architecture."

Miller adds that another major reason for choosing MongoDB was its adoption by capital markets firms.

"We see that Mongo is catching on in the marketplace," he says. "People talk about it and you see implementations of it. Mongo proved to be the best in our tests, but market acceptance is a big deal. Financial services firms like to be cutting-edge, but in reality, no one wants to be the first client of something. Mongo has already established its position and developed ‘street cred,’ if you will, and we're just reinforcing that."